After the incorrect evaluation of the game between HSG Konstanz and HC Empor Rostock, the Handball Bundesliga took action. 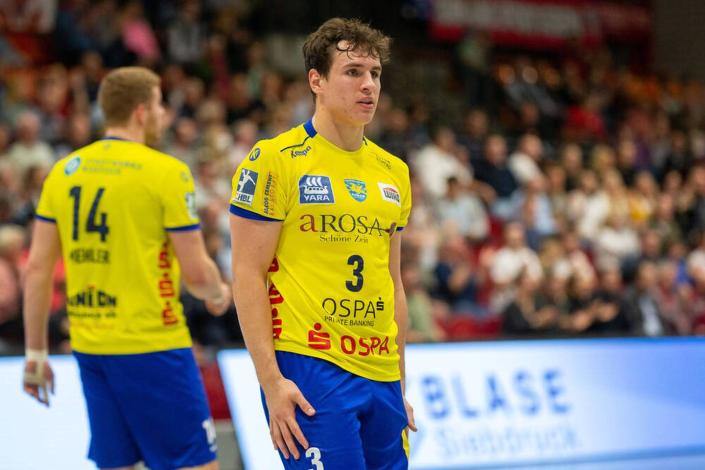 "Together with the German Handball Association, we analyzed the game and the performance of the timekeeper, secretary and referees. This intensive follow-up showed that there were individual errors. The responsible persons at the DHB have decided on personnel consequences for the polluters, ”explains the HBL to SPORT1.

From now on, an “official delegate will be in charge of the game”. This has so far only been the case in the Bundesliga, but is now to be gradually introduced one class lower.

HBL draws consequences There will also be a change in the appointment of the referees. Until further notice, only referees from the elite or elite squad will officiate the home games of HSG Konstanz.

In the joint statement, however, the DHB leaves open whether the team Lucas Hellbusch & Darnel Jansen will be in action again in the hall in the future. After all, the duo is part of the elite connection squad and could be scheduled as such. The consequences for the assigned timekeeper or secretary are also not discussed in detail.

For the league, however, it is clear: "It is important to us, as a direct consequence of this individual case, to send a clear signal that all trades work together professionally in the 2nd HBL."

Display did not match gameplay But what exactly went wrong in the second division game?

On the 14th day of play, HC Empor Rostock made a guest appearance at HSG Konstanz. The guests then raised serious allegations. The focus of the criticism was the final result of 32:32, which should not have come about like this.

"If we want to be the strongest second division in the world, then we have to work as quickly as possible to become more professional in this area as well. Otherwise we can save ourselves six-figure sums in infrastructure such as LED boards or a uniform playing surface if we don't even manage to add up the goals scored correctly," HC Managing Director Stefan Güters raged in an interview with Handball-World.

The game and the goals listed on the scoreboard did not match several times during the game.

Rostock informed the referees In the 25th minute, for example, the display jumped from 11:15 to 12:15 for Rostock - so Konstanz should have scored a goal in that time. The problem: The hosts didn't have the ball at all at the time.

A look at the official live ticker of the league is even wilder. There it is only 13:14 for Rostock at the said time. When comparing the TV images, SPORT1 finds out that Luis Foege's goal for 11:13 cannot be found in the TV image.

Similar events happened several times later in the game. During the first half, those responsible in Rostock drew the attention of the referees and the judges to the mistakes.

"The referees informed our officials after consultation with the referee that they want to clarify this at half-time. But they didn't mention that this is technically no longer possible," says Güter, describing the conversation. So the wrong count of goals remained.

Club did not lodge a protest "If you take the trouble and simply compare the first five minutes of the game with the official match report in the video, you can easily get the impression that the referee saw a completely different game," Güters continued.

According to this, Konstanz took the lead after just 30 seconds - but the TV pictures don't prove that. Rostock scored the first goal after 1:06 minutes of play through Sveinsson. "I have no idea how it can happen that a goal can be scored for a team that hasn't had the ball for a second up to that point."

By the way, despite the incidents, the guests did not object. "We deliberately did not object to the rating of the game, because that would have meant, in addition to costs of almost 10,000 euros for bus travel, accommodation and meals, that we would have to travel a further 2,000 km across the city in addition to the already very long and expensive trips away Germany should have gone,” the Rostock managing director explains.

Demand: HBL would have to appeal It also plays a role that the club's players are not full professionals and would have to apply for "three additional days of vacation" if it were to be repeated.

The league also confirmed the lack of protest when asked by SPORT1: "If this had happened, the Federal Sports Court could have dealt with the incident and a possible replay of the game."

Nevertheless, Güter demands: “But I also think that the procedure, that an objection can only be lodged if this was announced in the match report, needs to be changed. I also find it questionable that only the teams involved can appeal. In my opinion, the league has to step in as an independent authority in such cases.”