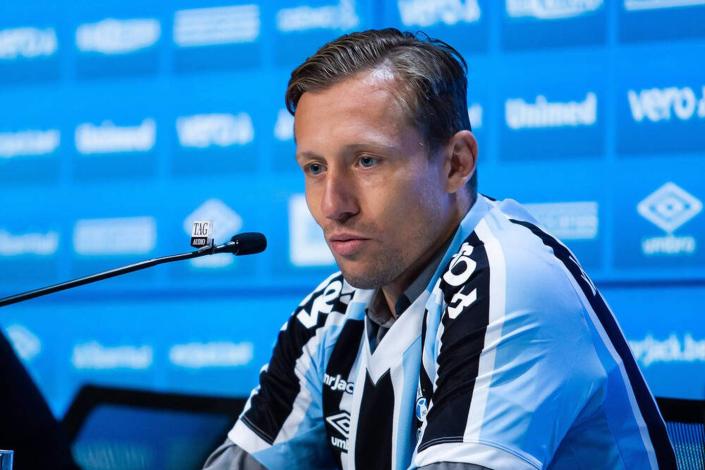 Former Liverpool professional Lucas Leiva is threatened with a premature end to his career in his native Brazil.

The 35-year-old published a statement from the medical department of his club Gremio Porto Alegre via Twitter, according to which routine examinations before the start of the season had revealed abnormalities in the midfielder's heart rhythm.

As a result, Leiva will be "restricted from physical activity pending further investigation and treatment of the issue."

Liverpool FC, among others, responded to the tweet with a recovery. "We are all with you, Lucas," the club said.

Lucas Leiva at Liverpool FC for many years Leiva's former Lazio teammate Felipe Caicedo also reported. "Get well soon brother, you'll come back stronger," he commented. In addition, numerous fans took part in the encouragement and health wishes in the direction of the Brazilian.

Leiva had only returned to his youth club in the summer, having previously played in Europe for 14 years.

The Brazilian signed for Liverpool in 2008 and made 346 appearances for the Reds before leaving. He won the English League Cup with Liverpool in 2012 and at times captained the team under coach Jürgen Klopp.

After leaving England, he played for Lazio Rome from 2017 to the summer of 2022 and won the Italian Cup in 2019 before moving back to his home country on a free transfer.