Faeser at the movement summit: "Start a process today" 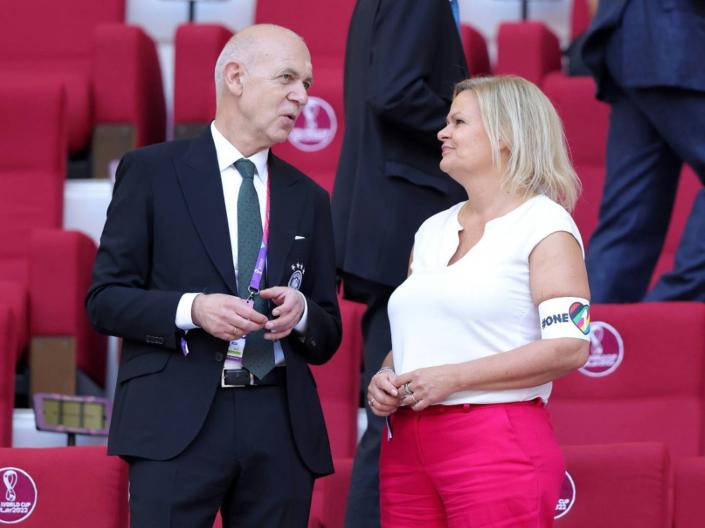 At the movement summit in Berlin, top politicians around the Federal Ministers Nancy Faeser and Karl Lauterbach and representatives of sports in Germany announced that they would strengthen the role of the movement in all areas of society. "We're starting a process today," said Interior Minister Faeser, who is also responsible for sport. "We want to get Germany moving again."

Faeser's SPD party colleague Lauterbach, who is responsible for the federal health department, praised sport as "the best drug we have ever invented. From a medical point of view, nothing can replace sport." In order to underline this, the doctor announced an amendment to the Prevention Act, which would give greater recognition to the effectiveness of sport.

In a joint six-page summit declaration entitled "Exercise and Sport for All", all those involved committed themselves to specific measures to make exercise and sport more easily accessible to all citizens.

In the coming year, a sports development plan is to be drawn up which, according to the Federal Ministry of the Interior (BMI), "understands sport as a common task for everyone".

The central fields of action should be the upgrading of sports facilities, sustainability, integration, inclusion, sports in schools and childcare as well as the strengthening of voluntary work. The aim is to reach concrete agreements by the end of 2023 on who can make what contribution to promoting physical activity.

"Our hopes rest on the sport development plan," said Holze. The movement summit should mark a "cultural change", demanded the doctor, because sport is "not nice to have, but indispensable".